From the time of the American Civil War to the flood of refugees after World War II, a steady stream of Catholics migrated into the city of Bayonne.  St. Mary, Star of the Sea, St. Henry, St. Vincent de Paul and St. Andrew parishes were all established as territorial parishes each with a section of Bayonne entrusted to their spiritual guidance.  St. Joseph was created for the Slovak who found their way into the city.  Then Our Lady of Mt. Carmel for the Polish, St. Michael for the Lithuanian and Our Lady of the Assumption for the Italian.  The Hispanic community eventually found a home also at Assumption parish.  At one point, 7 of the 8 parishes also had elementary schools that were staffed by religious sisters of various congregations.  There were also 2 high schools.  In the south, Holy Family, originally a coed school, became an all-girls school in the 1940’s and Marist on the north end was for boys.

The ending decades of the 20th century witnessed a decline in participation in organized religion.  The Archdiocese of Newark began looking into this issue in the 1990’s.  The New Energies Initiative of the Archdiocese began to look at how best serve the Church in this modern world.  The first place they began was with the parochial schools.  The enrollment in began to decline in the 1970’s as cost tuition rose.  No longer were these schools staffed by members of religious orders and the Church turned to lay community for teachers in the classrooms.  As budget were strained to keep all the schools in Bayonne open, it was decided in 2008 that the remaining 4 "heritage school" would close and All Saints Catholic Academy was established as the only school serving the city.  This school had a student body of a substantial size to operate.

The parishes were also in dialogue with New Energies.  The rapidly rising costs of employee benefits, utilities and upkeep of aging facilities was resulting in the running up of large debts.  Representatives from all the parishes met to discuss ways that we could keep costs down, but at the same time, maintain a healthy spirituality.  In 2013, it was decided that St. Mary, Star of the Sea and St. Andrew the Apostle parishes would be linked under one administration.  Archbishop Myers appointed Rev. Peter Wehrle to serve as administrator of both parishes beginning in July.  As 2013 began, there had been 2 priests assigned to both parishes with a retired priest residing in each for a total of 6, now there were only 2 priests assigned with one retired priest in residence.  Because of this drastic cut in priest personnel, the Mass schedule was evaluated and altered.  This move allowed the parishes to operate with one single staff and thus enjoy the economies of scale and eliminating duplicate positions and equipment.

In September of 2015, the Archdiocese of Newark unveiled sweeping changes for the Catholic landscape in Bayonne.  The ethnic parishes in the center of town, Our Lady of the Assumption, St. Michael / St. Joseph and Our Lady of Mt. Carmel would be merged into one new parish named for the recently canonized Pope St. John Paul II.  While not specifically an ethnic parish, it would continue to minister to the Polish and Italian communities.  St. Henry and St. Vincent would continue to operate as individual parishes.  St. Mary, Star of the Sea and St. Andrew the Apostle were merged into Bl. Miriam Teresa Demjanovich Parish.  Bl. Miriam Teresa, SC, was native to Bayonne and had been beatified on October 4, 2014.  This new parish, along with St. Vincent would minister to the Hispanic population. 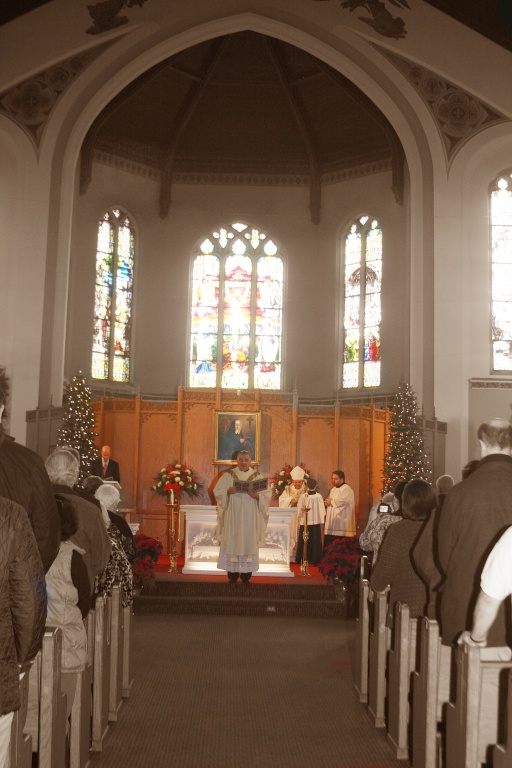 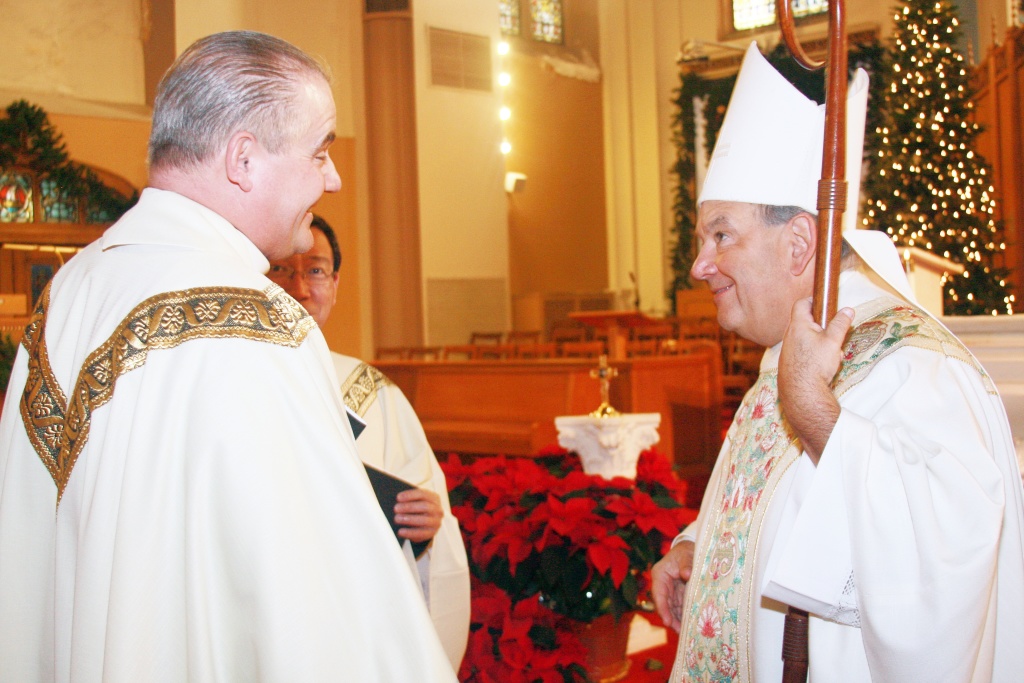 On January 3, 2016, the Feast of the Epiphany, Archbishop Bernard A. Hebda, Coadjutor Archbishop of Newark celebrated a Mass of Thanksgiving for the creation of this new parish and installed Fr. Peter as her 1st Pastor.  Many priests who had served at St. Mary and St. Andrew were, representatives of the Sisters of Charity of St. Elizabeth, Bl. Miriam Teresa’s sisters in religious life, Sisters of St. Joseph of Chestnut Hill who had served as educator in both parish schools, members of the Demjanovich family, local dignitaries and our parishioners were on hand for this joy-filled celebration.

No one like change and this change has not been easy.  There is much to be done in this southern end of Bayonne between 1st to 19th Streets.  Our 2 worship sites have much room for expansion in our ranks.  We need to find ways to reach out and bring people to Christ.  We must evangelize and we must begin with lapsed Catholics who have for one reason of another fallen away from their practice of the faith.  Early in the 1920, a young girl from Bayonne, Sr. Miriam Teresa, wrote about how we are all called to holiness.  This theme is picked up some 40 years later in the Dogmatic Constitution of the Church, Lumen Gentium, as it discusses the universal call to holiness.  Together, we will strive to make Christ present within our community here in Bayonne by becoming Christ to others.